It doesn’t matter if your facility is commercial, residential, or part of municipal operations, the building needs a way for visitors to safely enter and exit. This is called an egress plan and includes lighting, markings, signage, barriers, and even crosswalks. There’s also an additional, innovative option to consider: photoluminescent paint.

More commonly referred to as glow-in-the-dark paint, photoluminescent material is made of phosphors. These are elements straight from the earth and become charged by exposure to the light. As a result, they absorb and store that light to be emitted at a later time, like at night or should power outages cause lighting disruptions.

Photoluminescent products aren’t new. In fact, they were such an integral part of evacuation processes during 9/11, that their use in stairwells became an official New York City building code requirement in 2005. Many other states and local jurisdictions then followed suit, ensuring that their building code contained ordinances that provided for the use of photoluminescent markings for stairwells. 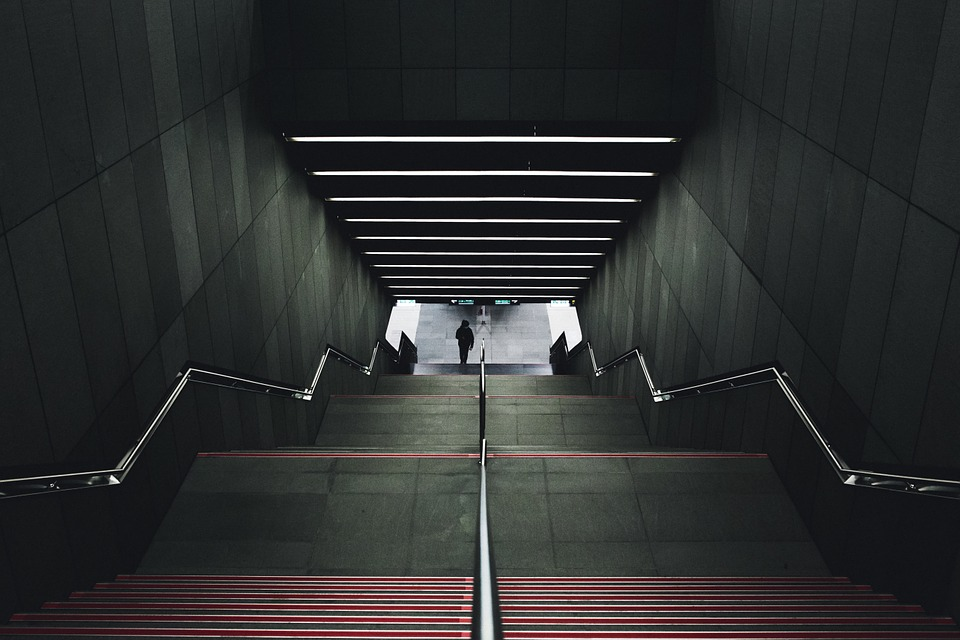 Along with improving the safety of egress strategies, phosphor-based products help support eco-friendly and sustainable practices. They don’t contain toxic metals nor are they radioactive, which makes them healthier for the environment and those who help with their application. Photoluminescent markings can also be a cost-efficient choice in comparison to installing traditional lighting in dimly lit buildings. One other bonus: The markings need little to no maintenance for at least the first 3 years of their lifespan.

Beyond the above benefits, phosphor-based egress markings vastly increase safety for those in your building. Depending on the type of building you manage and where it’s located, there are several building code requirements that need to be followed in order to be approved for occupancy. Check with your jurisdiction for location-specific codes; below are international requirements:

To sum it up, “the 2018 edition of the International Building Code (IBC)—which has been adopted in part or whole within all 50 U.S. states—allows, and sometimes requires, photoluminescent signs along paths leading to exits.”

So when should you consider installing photoluminescent egress markings? First and foremost, they should be installed in the emergency stairwells of new construction of all non-residential buildings that are 75 feet or taller. Many high rise building remodels will also require compliance, as well as building additions or expansions of current egress stairwells.

Failure to maintain compliance could mean that entire construction projects could be demolished and rebuilt from the ground up, which ends up being a costly mistake that could easily be avoided. Installing photoluminescent markings the first time around not only helps your building maintain a proper certificate of occupancy, but it also keeps you compliant — and keeps occupants safe.

When photoluminescent markings are required, building owners or managers (or even general contractors) should work closely with a trusted partner to ensure code compliance and application of quality phosphor-based products.

Our team of commercial painting professionals are familiar with egress codes and use only top-quality products. Reach out for our help installing photoluminescent paint markings in your new construction, renovation, or even building maintenance projects. We’ll discuss your project and your needs, and create a project management plan that ensures your photoluminescent egress markings are applied correctly and with compliance in mind.